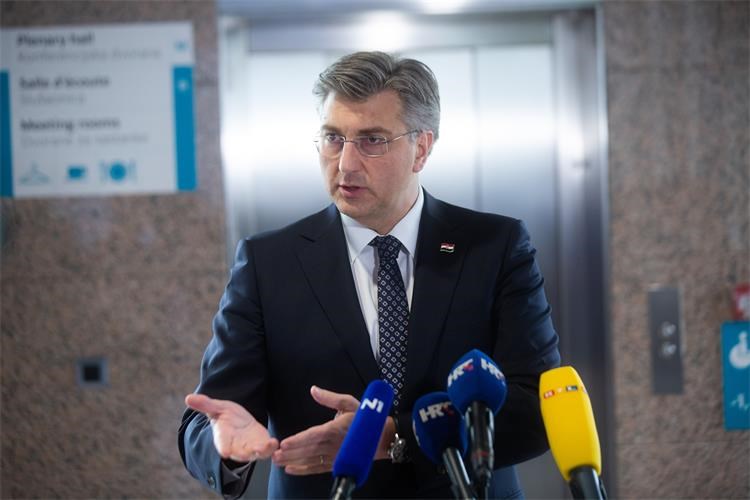 Prime Minister Andrej Plenkovic on Thursday said that the government would continue to "calibrate" measures and provide support even after May for those sectors which will obviously be in more difficult circumstances, primarily tourism and transport, and partially the hospitality sector.

Addressing reporters after a cabinet meeting, Plenkovic said that after April and May, account would be taken after lockdown measures have been lifted entirely to see which sectors whose business was significantly different, for example, from the same period last year and then the government will continue with "calibrated" support for them.

"We will endeavour to calibrate measures only for those sectors that will obviously been in more difficult circumstances and there are several of them, primarily this relates to tourism, partially to hospitality and naturally to transport," Plenkovic underlined.

He stressed that the government had done an awful lot for Croatia's entrepreneurship.

"We are speaking of massive support to the private sector and for preserving jobs," he said and highlighted jobkeeping measures of HRK 3,250 per employee for March and HRK 4,000 for April and May each, adding that in April alone that measure related to just under 600,000 workers.

Plenkovic described today's government decision to borrow money from the World Bank as one of the examples of financing measures to support the economy.

During today's meeting, the government decided to launch proceedings to take out  two loans with the World Bank - one worth €200 million for post-earthquake reconstruction and a stronger COVID-19 response and the other, worth €275.9 million, for a broader crisis response and recovery support.

Asked by reporters whether he would meet with casual hauliers and other entrepreneurs who conducted a protest rally on Thursday organised by the Voice of Entrepreneurs association, Plenkovic said that the relevant ministers were communicating with all representatives of entrepreneurs.

He added that Tourism Minister Gari Cappelli met today with representatives of casual hauliers, adding that the government had the role of a mediator via the relevant ministries and that the HANFA Financial Services Supervisory Agency was there for entrepreneurs who have leasing contracts.

"If there is an opportunity, I too could talk with them but that is not on the agenda now," he said.