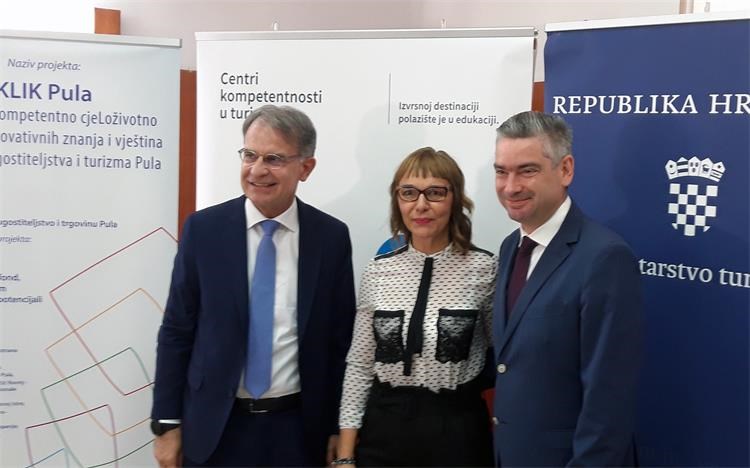 Tourism Minister Gari Cappelli said in Pula on Tuesday that the fact that 33,000 tourists were currently in Croatia was a good start and that the number was increasing by the day.

"If someone had told us two months ago that we would have between 30,000 and 40,000 tourists at the beginning of June, we probably wouldn't have believed that," he told reporters, adding that unlike competitors Italy, Spain and France, Croatia prevented the spread of COVID-19 in time.

Commenting on the fact that influential US magazine Forbes put Zagreb, Cavtat and Rijeka among the 20 safest and best European destinations for post-coronavirus travel and tourism, Cappelli said Croatia had made a great programme and was given "credit in tourism."

"We have always been recognisable because of the safety and nature in Croatia. Now it turns our that safety is once again Croatia's strongest trump card for this season and I believe that's the main reason for the arrivals. Croatia managed to defend itself from that plague and to organise itself very well."

Cappelli recalled the Croatian app for travellers, calling it unique in Europe because "you can make the announcement in advance and enter the country in five seconds."

He said that in terms of tourist turnover, Croatia was currently at 12-13% year on year, voicing confidence that it would reach 30-35% in the second half of July and early August.

"Interestingly, in some continental counties we have 50% of last year's turnover because they are mostly visited by domestic guests."