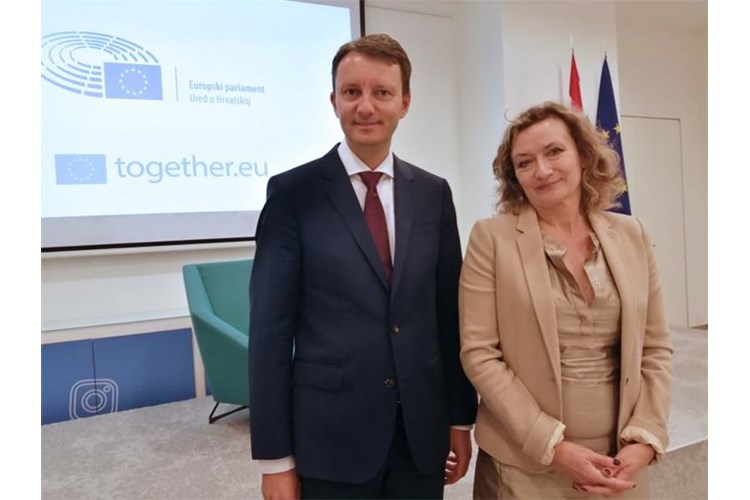 The European Parliament rapporteur on Croatia's accession to the euro area, Siegfried Mureșan, said on Monday that Croatia was ready to join the euro area entry and that Parliament was expected to to vote on his report at a plenary session in early July.

My conclusion is that Croatia is ready to join the euro area, Mureșan told a press conference, adding that the Croatian economy is well-integrated into the euro area economy.

Mureșan is due to present his report to the European Parliament's Committee on Economic and Monetary Affairs on Tuesday morning, and in it he will recommend that Croatia be admitted to the euro area on 1 January 2023.

Mureșan comes from Romania and serves as a vice-president of the European People's Party (EPP) and its group in the European Parliament.

The Committee on Economic and Monetary Affairs is expected to vote on his report on 20 June, after which it would be put before a plenary session of the European Parliament between 4 and 7 July.

Mureșan expects his report to be backed by a significant majority, saying that the aim is to give Croatia the green light as soon as possible because euro area membership is good for Croatia, its businesses and citizens, as well as for individual sectors of its economy, such as tourism.

Mureșan said that the Croatian economy was in a solid state and responsibly managed, adding that a further reduction of the public debt to GDP ratio would boost growth in the years to come.

He also noted the Croatian government's readiness to support citizens and businesses in dealing with the consequences of the war in Ukraine and the COVID-19 pandemic.