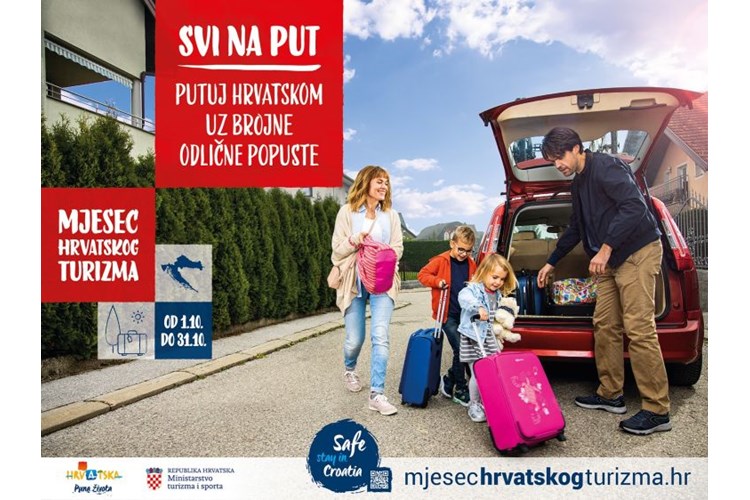 About 420 enterprises in the tourist industry have taken part in the campaign "Croatian Tourism Month" in October, and so far a surge has been registered in visitors' arrivals and bed-nights compared to October 2020, the tourism ministry reported on Saturday.

The campaign was launched on 1 October by the ministry and the Croatian National Tourism Board (HTZ) with the aim of extending the tourist season by offering a range of services available at special benefits and discounts of at least 35 percent throughout October.

Considering the interest shown by both service providers and guests, the campaign will be extend to include the first seven days of November, too. In this way, the extended campaign will coincide with the school holidays around the All Saints' Day, a public holiday in Croatia.

A source from the ministry has told Hina that they are satisfied with the turnout of service providers and visitors.

Domestic guests are mainly users of these benefits, and there also foreign visitors during this month.

In the first 20 days of October, 484,000 guests were registered in Croatia, a surge of 208% compared to the corresponding period in 2020, and the number of their overnight stays skyrocketed by 121% to nearly two million.

Compared to the pre-pandemic 2019, this October's number of visits accounted for 56% of the statistics in the corresponding period two years ago, and overnight stay amounted to 66%.

The top destinations have been Dubrovnik, Zagreb, Split, Zadar and Rovinj.