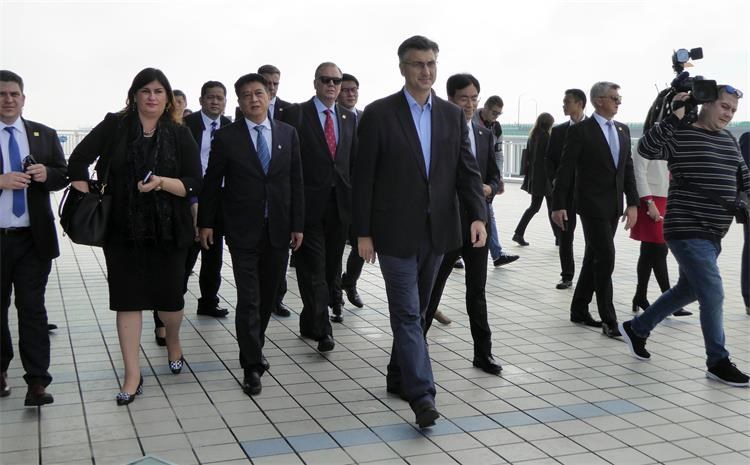 ​Croatia has a huge trade deficit with China which it tries to cushion, at least in part, with the rising number of Chinese tourists, so trade and tourism will dominate the talks Croatian Prime Minister Andrej Plenkovic will hold during his working visit to the world's most populous country on November 2-6. Plenkovic will meet with China's top officials and leading business people. As part of the visit, the Croatian Chamber of Commerce will organise a Croatian-Chinese economic forum in Shanghai, where Croatia's National Tourist Board (HTZ) will open its first office in China.

China has a population of 1.4 billion and is the world's second biggest economy, its biggest exporter and it has the largest foreign-exchange reserves.

The HTZ has organised a joint campaign with Slovenia's National Tourist Board called "Experience Croatia, Feel Slovenia" aimed at raising the visibility and reputation of the two countries in China as attractive and authentic European destinations.

Interestingly, readers of the Chinese edition of Travel+Leisure magazine have voted Croatia as this year's most desirable new European destination.

The Chinese market's potential is huge and there is almost no limit to the rise in the number of Chinese tourists in Croatia. In 2016, they generated 122 million tourist trips around the world, spending $109.8 billion, with an annual growth rate of 5%. (Hina/FaH)